Many clients are new to the journey of designing a building, landscape or product. Although there is a generally understood approach - discussion, concept, developed designs, tender or bidding for contractor or fabricator pricing, and construction - each project can require flexibility. Depending on the clients needs, a fast-track to construction is often balanced with contemplative periods to make sure the correct tone for the project is found. We are open to both sensibilities, or a blend of the two.

For architects and designers, the experience of a project, in time terms at least, is predominantly ‘on paper’ - be it sketches, drawings or construction documentation. The completion of a project on site is typically towards the end of the design team’s role, so just as the client is preparing for the start of a building’s life, the team is reaching a conclusion. As a result, representation - the way that thoughts, forms, materiality and future use are depicted through drawings, models, renders and narratives – becomes not just a stop-gap to the actual built condition, but a parallel existence, where imagination and fantasy conspire into a creation of their own. Much of the client’s relationship with the architect and wider team is then also in this mode.

We believe that carefully considered ‘critical’ representation is both an important part of the communication of ideas between ourselves, our clients, and other team members, but also a way that helps to define the developing tone of a project.

We use different analog approaches – handmade models, sketches, drawings –  and digital systems – computer modeling, collage, photoshop – to bring thinking to life at all stages of the project. There is typically a move from analog to digital as the project develops, however we often pull designs back into the analog world at later stages as a form of back-check.

The following show various approaches to representation for a number of projects across a variety of design phases: 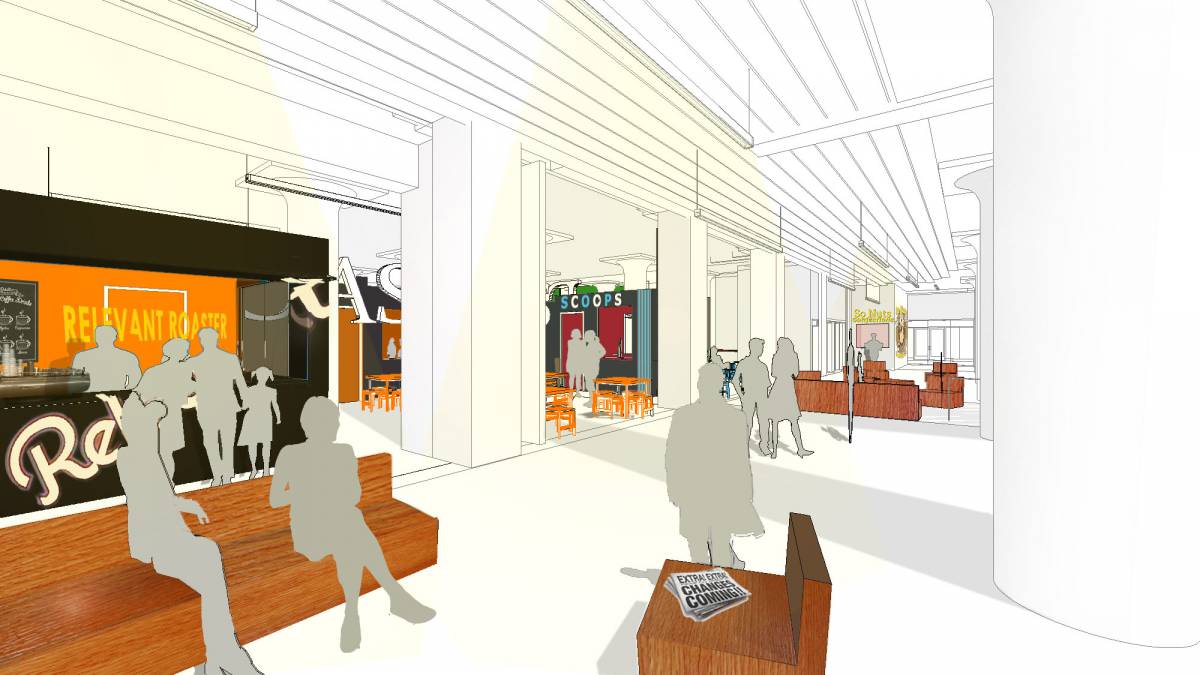 At the earliest stages of a project why try to use language to convey the mood or spirit of developing thinking, rather than photorealistic imagery. This is partly because we think quicker moves are important to keep the thinking moving along, but also because we believe each member of the team remains more imaginative the less ‘set’ the resolution appears. In effect, the work at this point is more idea prompting than final positioning.

Sometimes simple physical models are the quickest and most tangible routes to a productive dialogue. 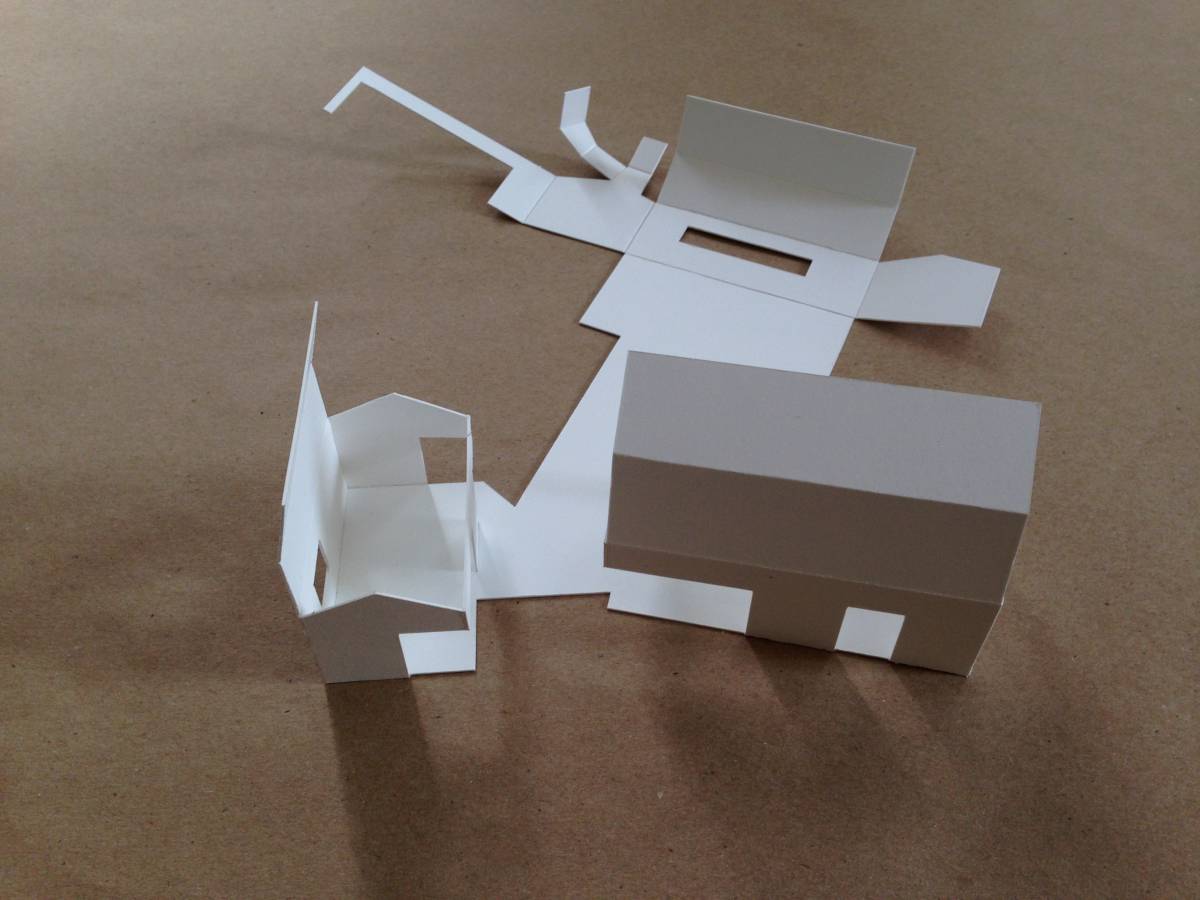 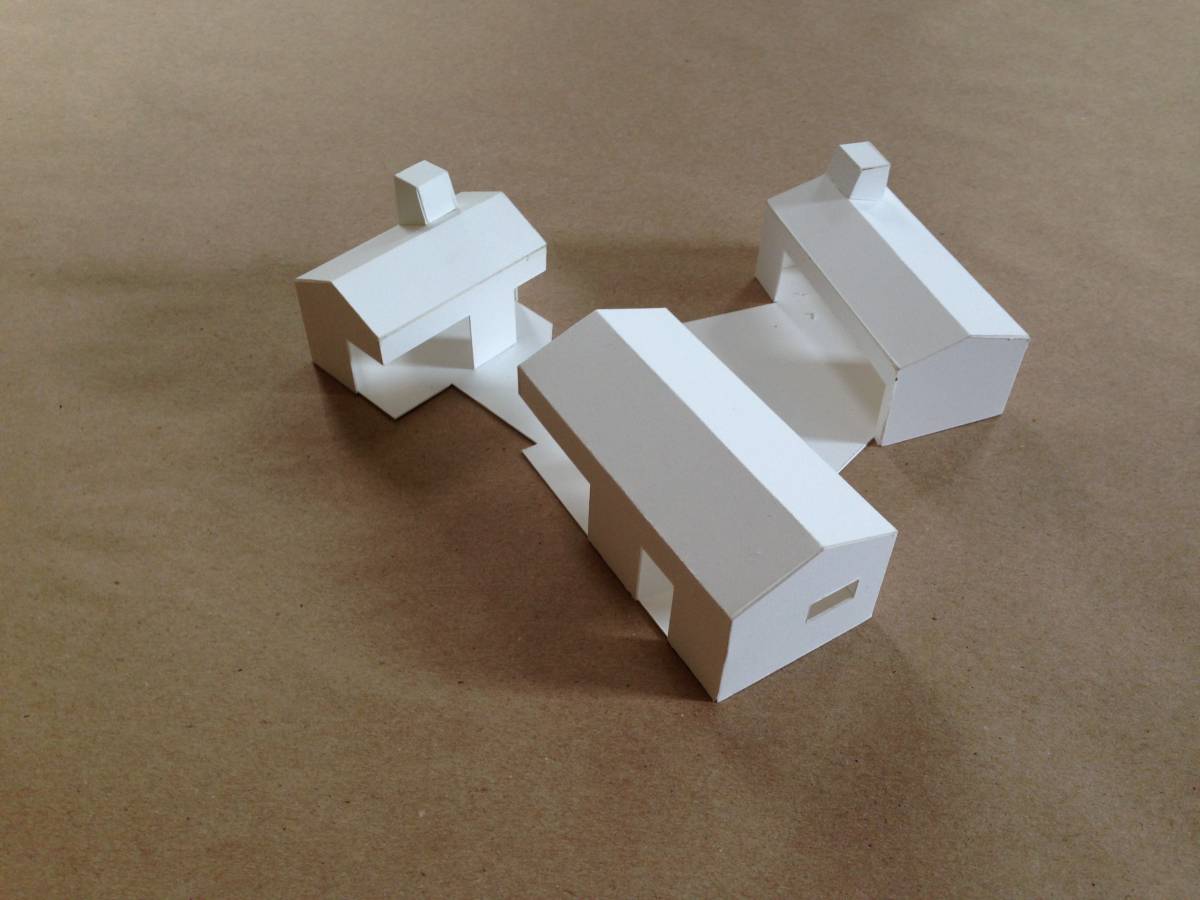 Computer massing models can also be useful to show form making in a wider context:

This suite of digital renders were prepared during the detailed design phases of the Crosstown Arts project. They facilitated discussions particularly around materiality and colour, but were also important for pre-construction marketing and wider organization briefing. 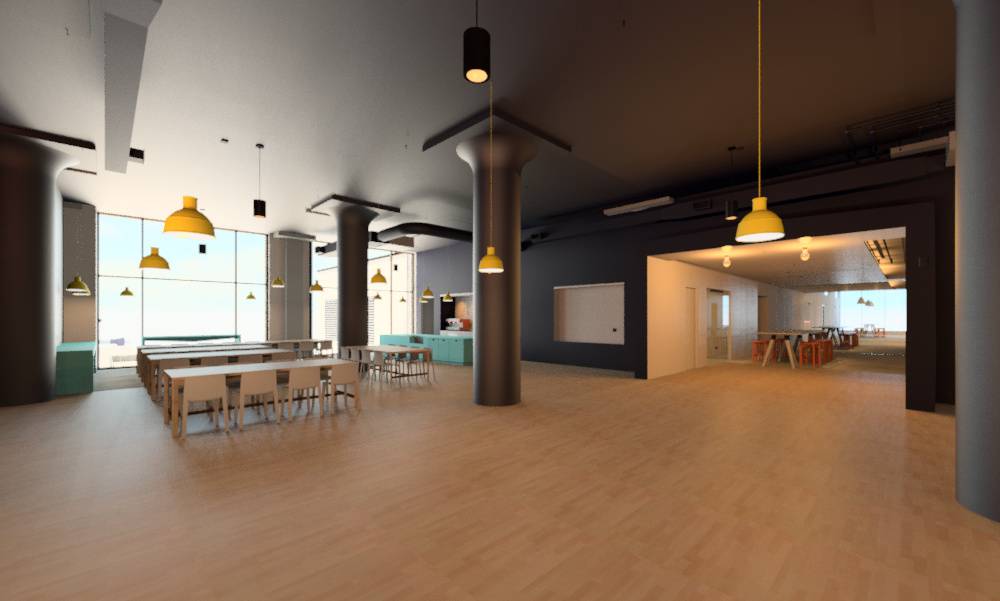 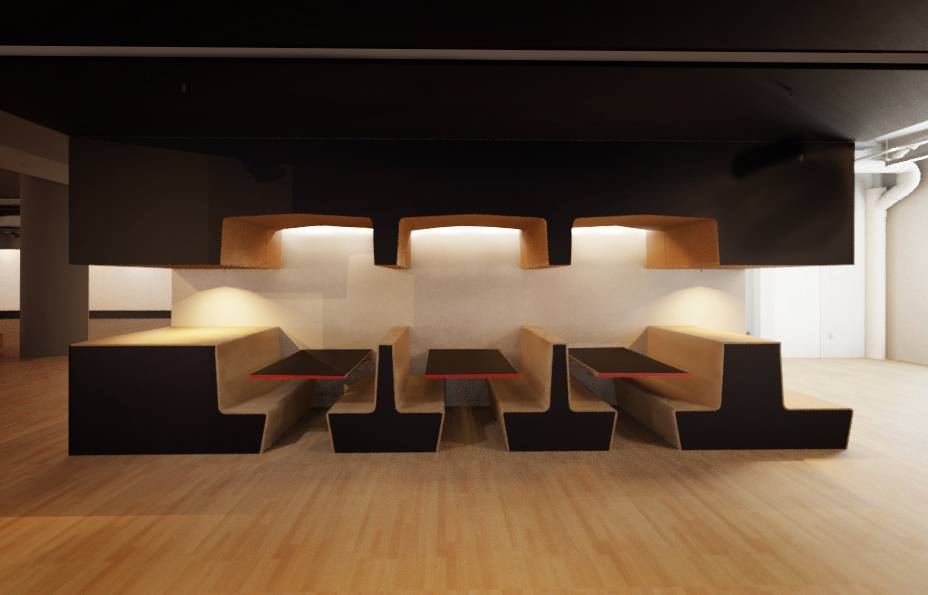 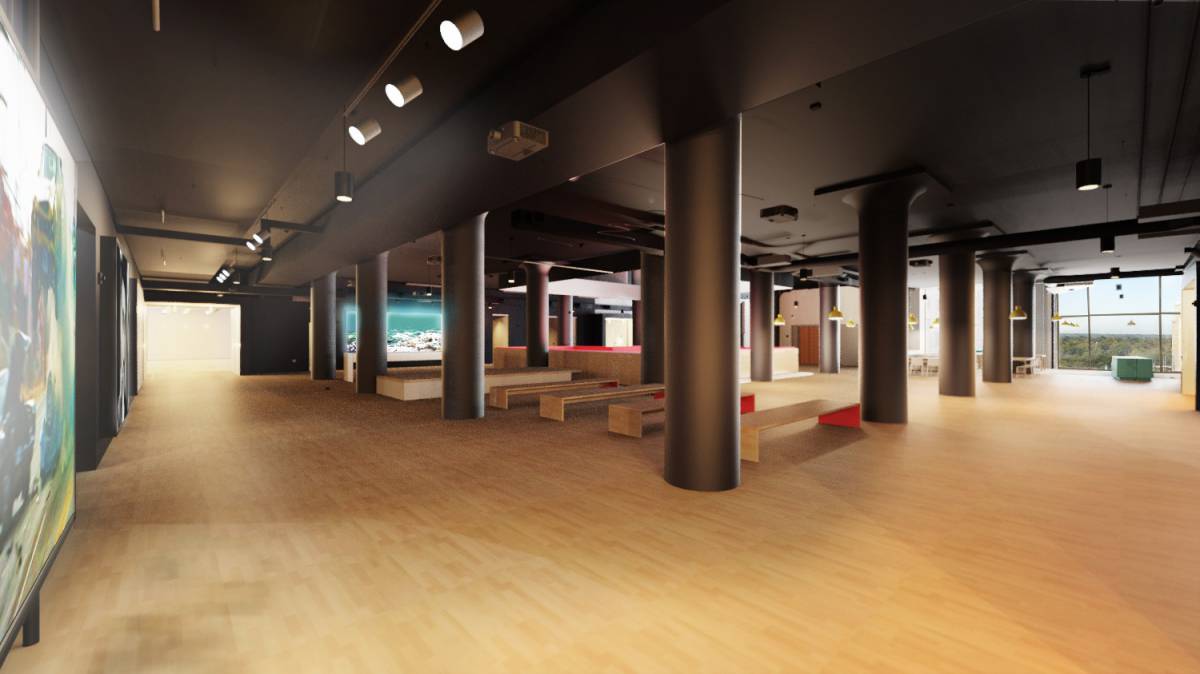 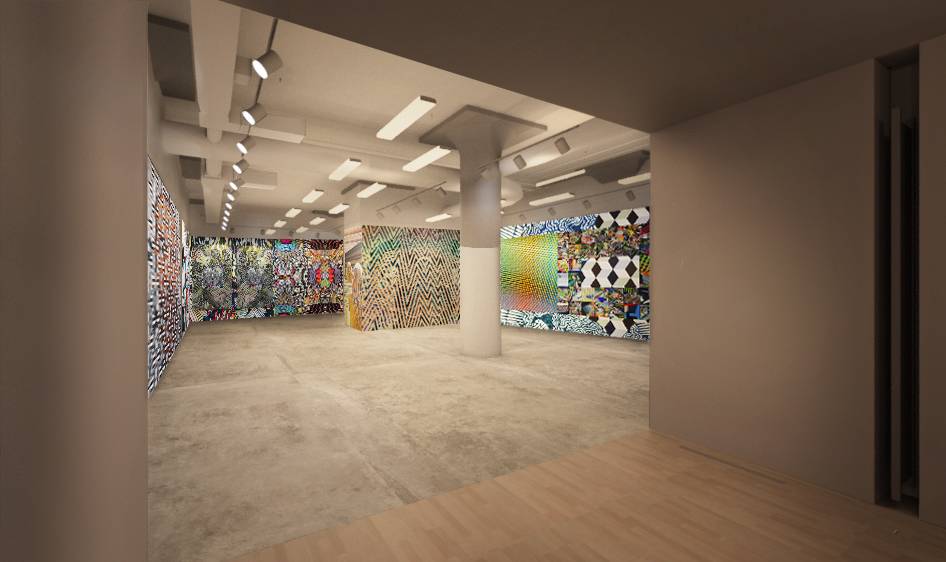 In addition, this large model of one of the key spaces was built to be both spatial and performative - multiple film projections were shone onto correctly scaled screens to assist with how this flexible space would feel with different uses and it was taken outside into the sunshine to understand the changing effects of daylight throughout the day. 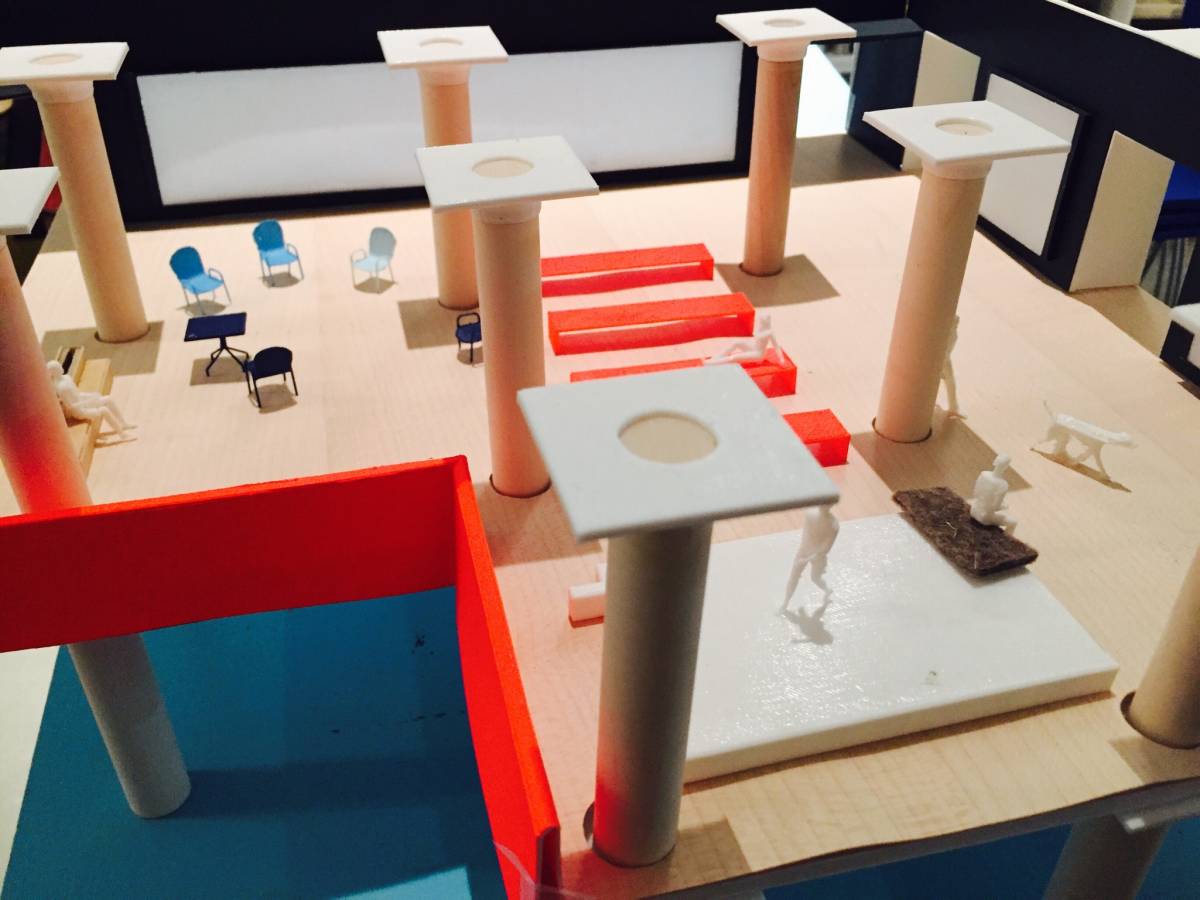 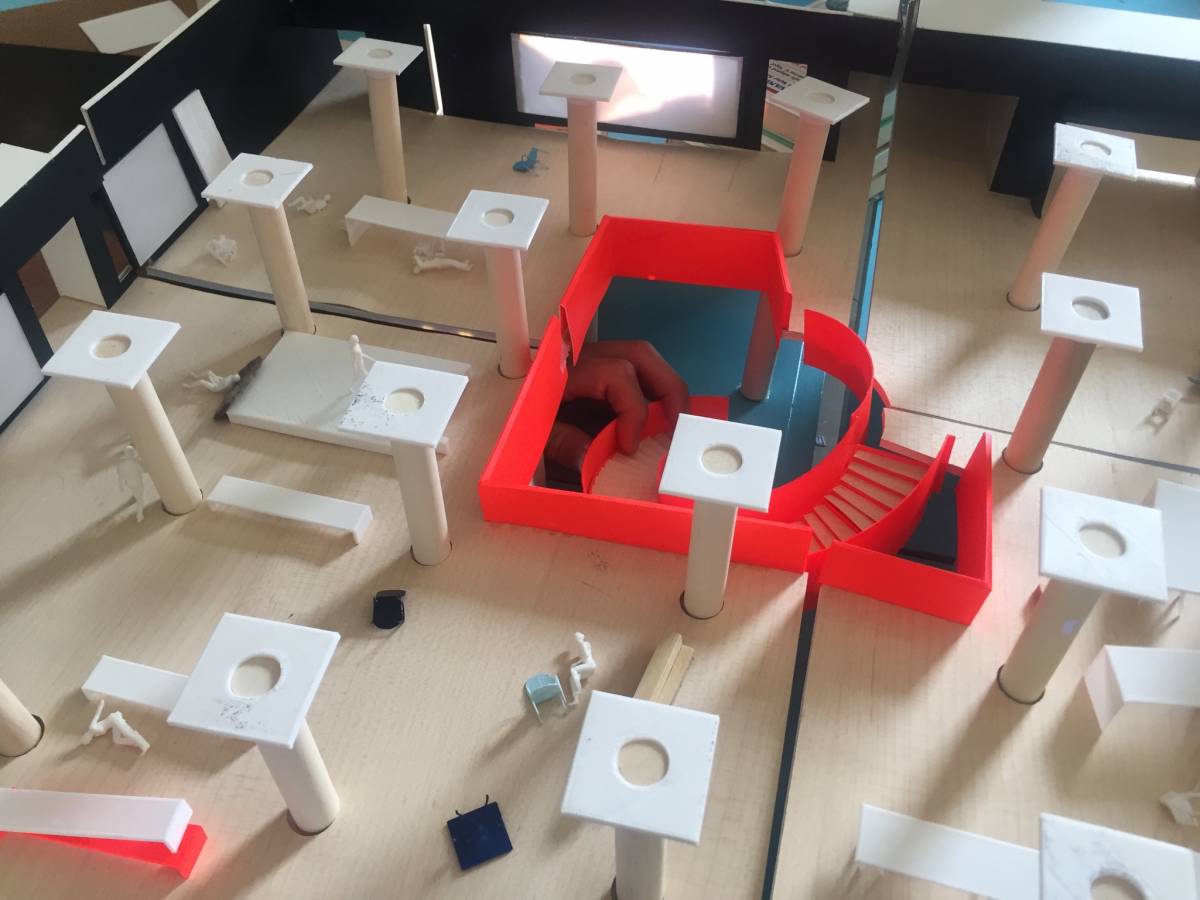 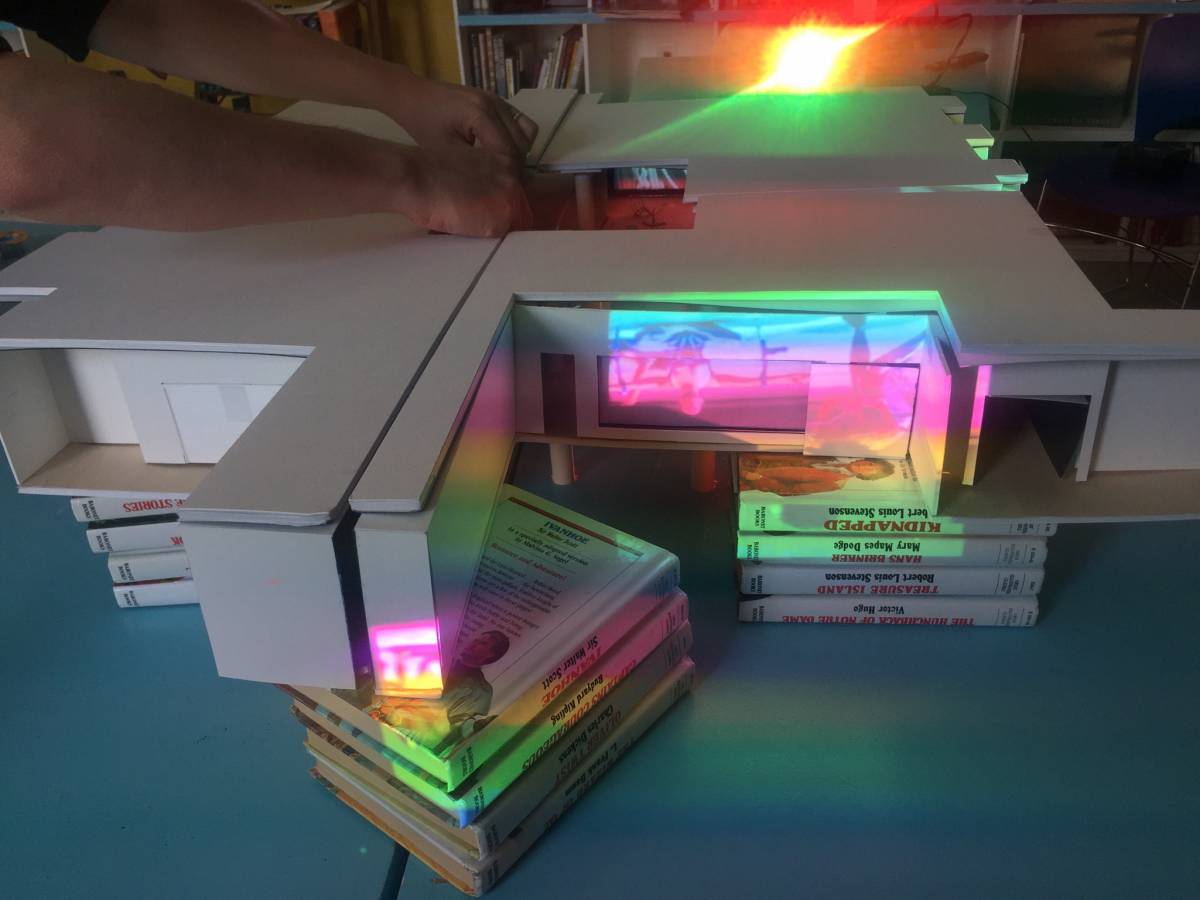 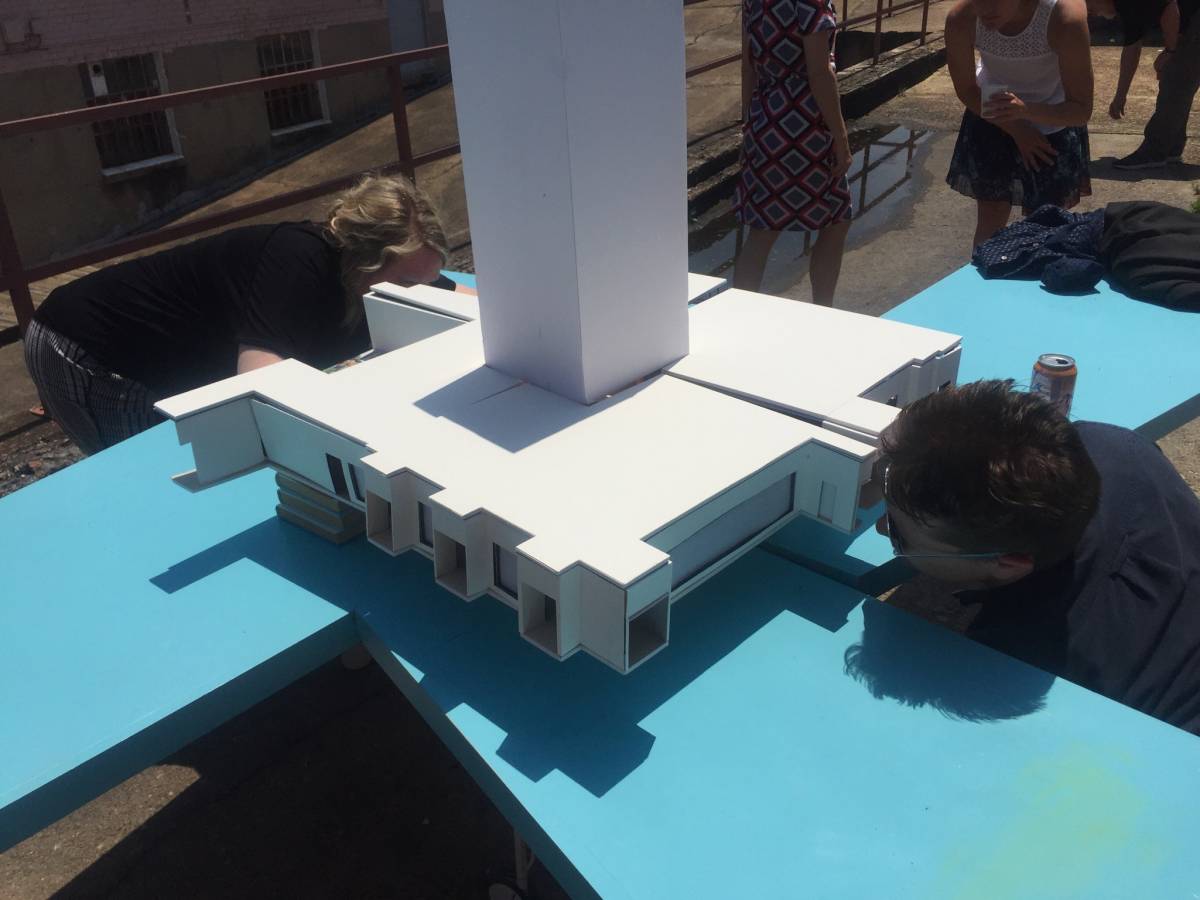 The documentation produced at this stage tends to be ‘dry’ but efficient aimed towards contractor pricing and construction. The information is both drawn - general and detailed information - as well as written - the project specification outlining particular systems and possible manufacturers relating back to the drawings. 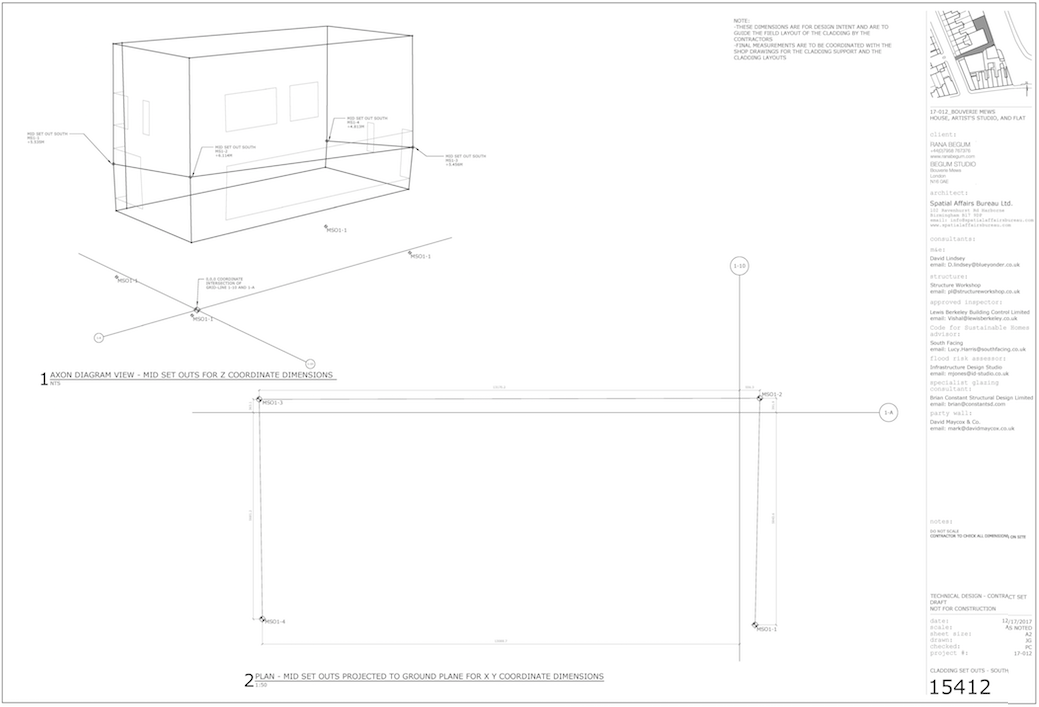 façade setting out points for the canted facade at Bouverie Mews

These are a few selected pages from a typical UK ‘contract document’ set that refers to an inclined geometry facade.
17-012__Bouverie_Mews_selected_facade_pages.pdf

These are a few different types of pages from a typical US ‘permit’ set document showing some general layout, detailed plans, lighting details and millwork.
15-011_Selected_Crosstown_Arts_Permit_set.pdf

At the conclusion of a project, the outcome is documented both with ‘as-built’ drawings, recording the actual on site conditions, but also with a series of archive photographs, used for a record for the client and the wider team, and often also for publicity uses. 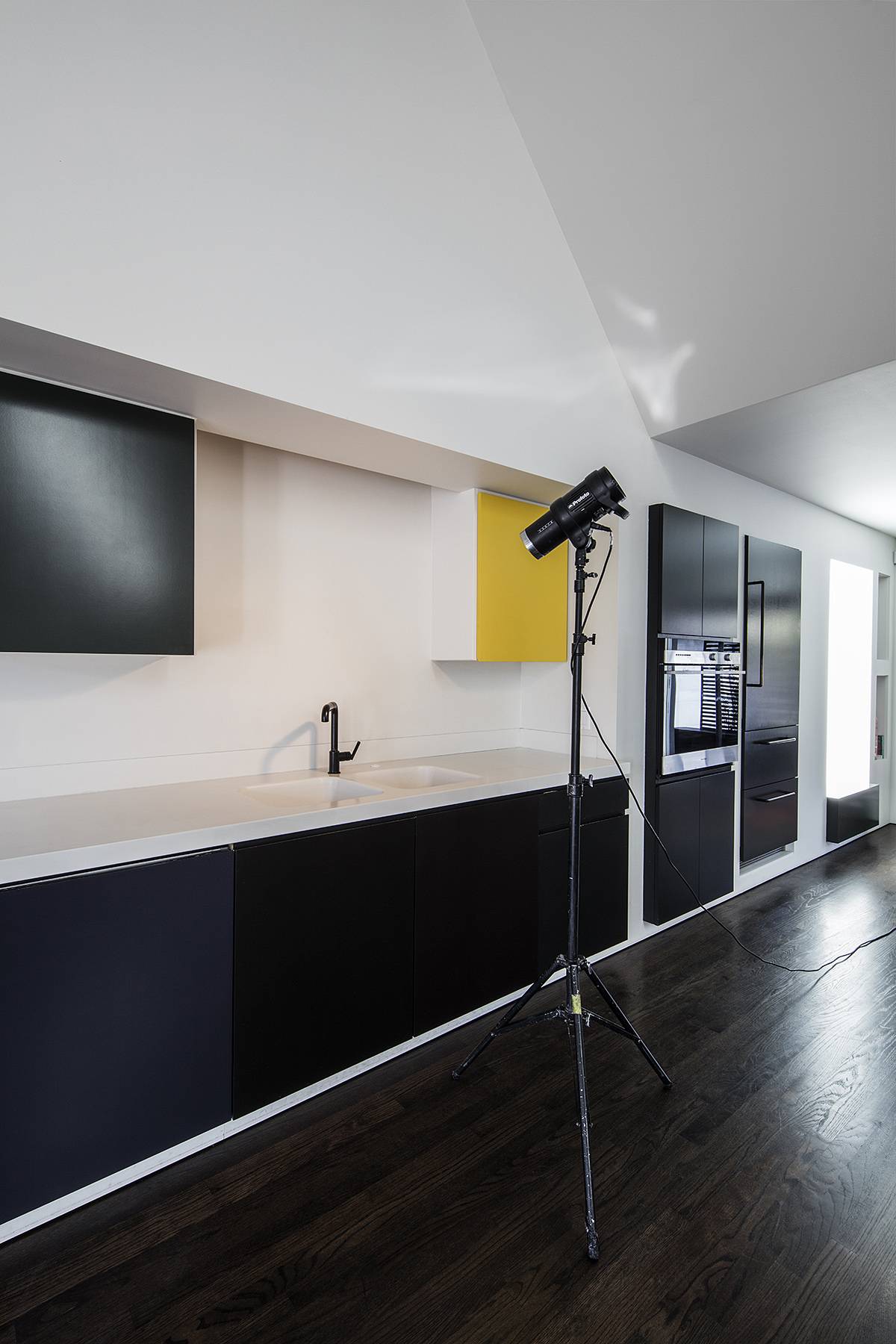