Interior remodel for this major new arts space inside the historic Memphis Crosstown Concourse. Crosstown Arts, founding tenant of the building first moved into the space in 2017, with last elements completed in 2019.

Interior remodel for this major new arts space inside the historic Memphis Crosstown Concourse. Crosstown Arts, founding tenant of the building first moved into the space in 2017, with last elements completed in 2019.

As the centrepiece of and originating initiative behind the massive Crosstown Concourse project - formally opened to the public in 2017 - Crosstown Arts first moved into their space in 2018 and completed the last components of the build-out in 2019.

The arts space occupies the first and second storeys of the original 1927 portion of the former Sears Distribution Center in the spaces that were originally a department store. The building was added to in successive elements until 1964 before going into ruin in the 1990’s.

Having developed the approach of a sequence of light-filled voids within the larger building as a whole as part of the original Spatial Affairs Sears study, lead designer Peter Culley took the decision to use a dark colour - a custom designed black-blue - for the key central second floor space, ‘the Hypostyle Projection Hall’ and to use a glowing fluorescent coral red for the central landmark feature and notional doorway onto the Crosstown Arts sequence of spaces: the 40’ diameter winding stair. This way Crosstown Arts has a unique identity, distinct from the larger building. The fluorescent staircase at its heart acts a pin-wheel to all the arts uses with a series of ‘Light Corridors’ that flow outward leading visitors and staff towards natural light either up, or laterally, in the distance. The red is a recurring thematic colour used to code the spaces. The red went on to be used in Crosstown Art’s new branding identity.

This image shows one of the study models made to help develop the Hypostyle Projection Lobby. This model covers just one quarter of that space. 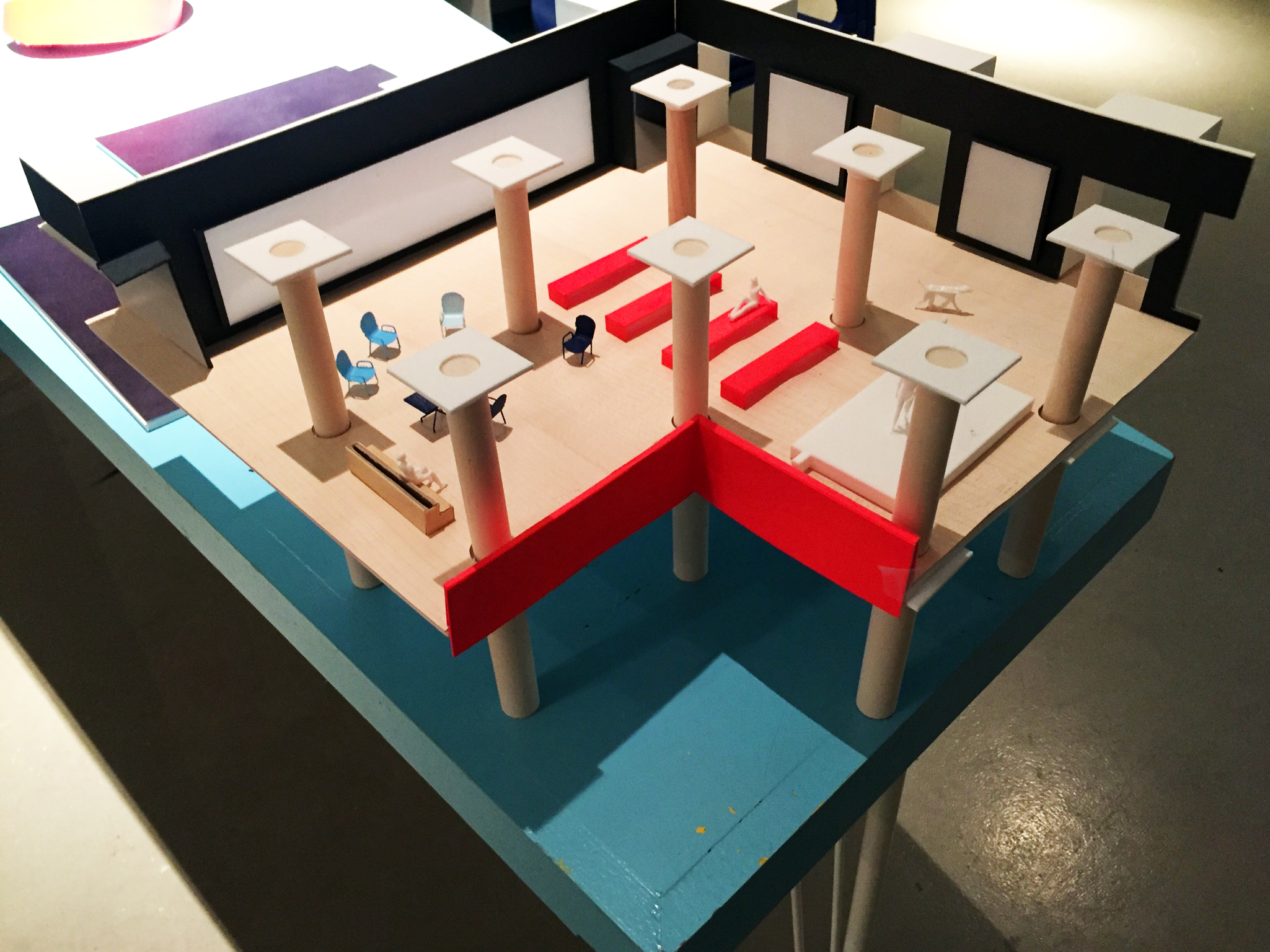 In Ancient Egypt, a Hypostyle Hall is a heavily-columned ceremonial space that has a central top-lit component with a resulting enigmatic forest-like experience. At Crosstown Arts, films are shown around the perimeter of the space on specially designed protruding panels. Whilst the café and one of the informal performance areas are within the Hypostyle Projection Hall, each of the other spaces - galleries, offices, formal performance spaces, artist-in-residence studios - lead off from it via a series of carefully framed portal structures. Beyond, the spaces are typically light-filled in bright white maximising natural light at 14’-high peripheral windows and the effect of the columns is by contrast intentionally minimised by wall placement.

Drawing of the Great Hypostyle Hall at Karnak - 1250BC, origin unknown

Overall, the design is a balance of larger warehouse-like spaces in combination with intimate niches, such as the carefully carved-out bar booths in curved plywood with arched canopies in reference to the original Deco forms of the 1927 building.

Much of the loose furniture in the café, studios, offices and workshops was designed for construction by the in-house workshop team within their new fabrication studios.

Drawing of the bar booth design

Alongside this project, Spatial Affairs Bureau worked with Memphis-based LRK to for the 450-seat Crosstown Theater.