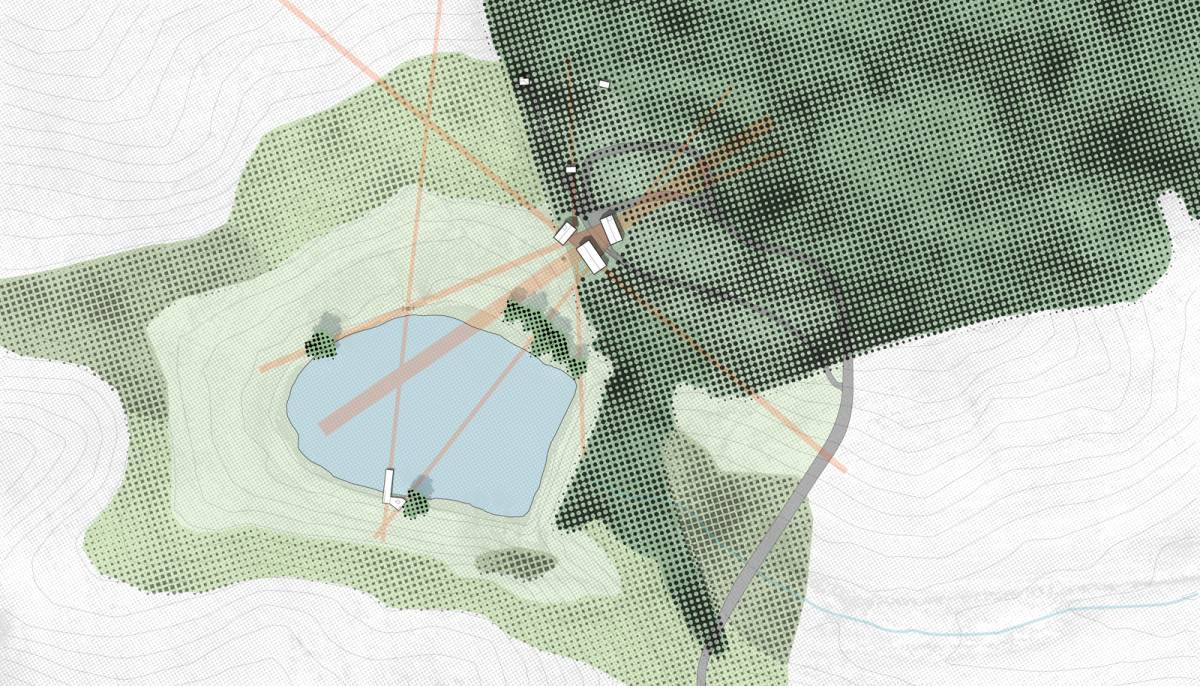 Every project comes with a series of inherent guides directly from the setting planned for it. There is really never a ‘blank canvas’ condition. The site may be a piece of land, an existing building, a street or even a body of water. Whichever, both technical and poetic prompts arise from existing factors: materiality, building structure, topography, water and waste paths, sun and wind direction, soil types and perhaps above all cultural legacies. The site in material, geographic and cultural ways provides inherent resistance to help shape a developing series of ideas for new or adjusted conditions. We believe in learning about the site, and then listening to what we’ve learnt as a way of bringing efficiency of process and richness of resolution.

In formal ways, often the building needs to learn from its landscape setting and so in new-build conditions we create careful compositions where the landscape spaces inform the building configurations. In several schemes, we have used multiple buildings or structures to create external spaces in between. We believe that buildings, designed appropriately, create landscape definition, and are not in themselves a detriment to exterior space. We are continually testing the balance between the weights of building form and landscape context. 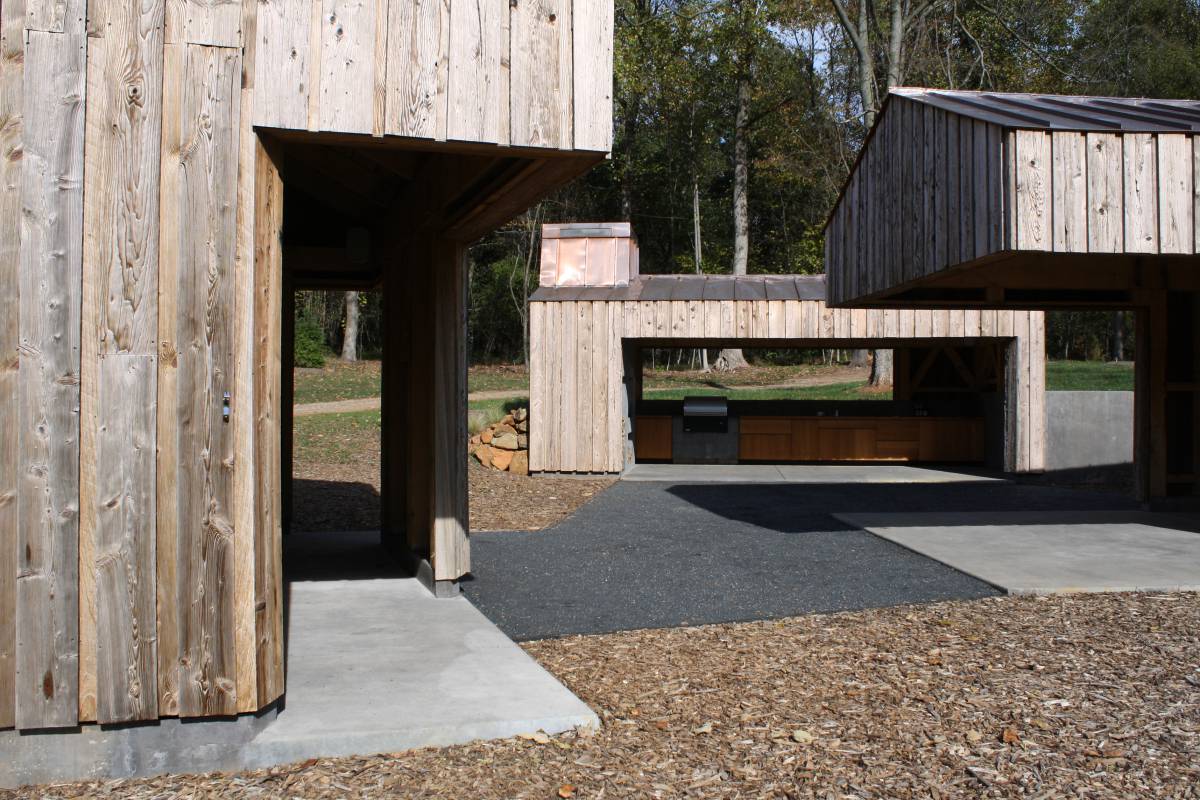 In this project, developed as a concept for a museum for photographer William Eggleston within an abandoned earthwork for a highway flyover, a series of mostly submerged spaces have elements that poke out as isolated figures in the landscape but also form a protected courtyard at the lower level. The remade mound still dominates, but is given greater definition, as well as practical use, by the building additions.

Here, in an opposite approach with a similar outcome, an existing ‘nautilus’ house is reimagined as a retreat center within an agricultural setting. Despite doubling the size of the lower level, the overall effect is to make the building set back into the landscape setting by extending the site topography up to form a mound blanket and create a much larger overall landscape move engaging access routes and water courses. The upper level, a prayer hall, now floating clearly above the mound in turn becomes iconic and profound in its relationship to the farm.

For an entirely interior space within the previously ruined Sears monolith in Memphis, the existing time-beaten columns that ran unchecked throughout the space were framed to create a powerful symmetrical plan, with dark walls and ceiling, a dominating fluorescent coral staircase, and a calm maple floor. In this case the existing site - a decayed interior on a massive scale - is allowed to remain, forever changed, but continually present. 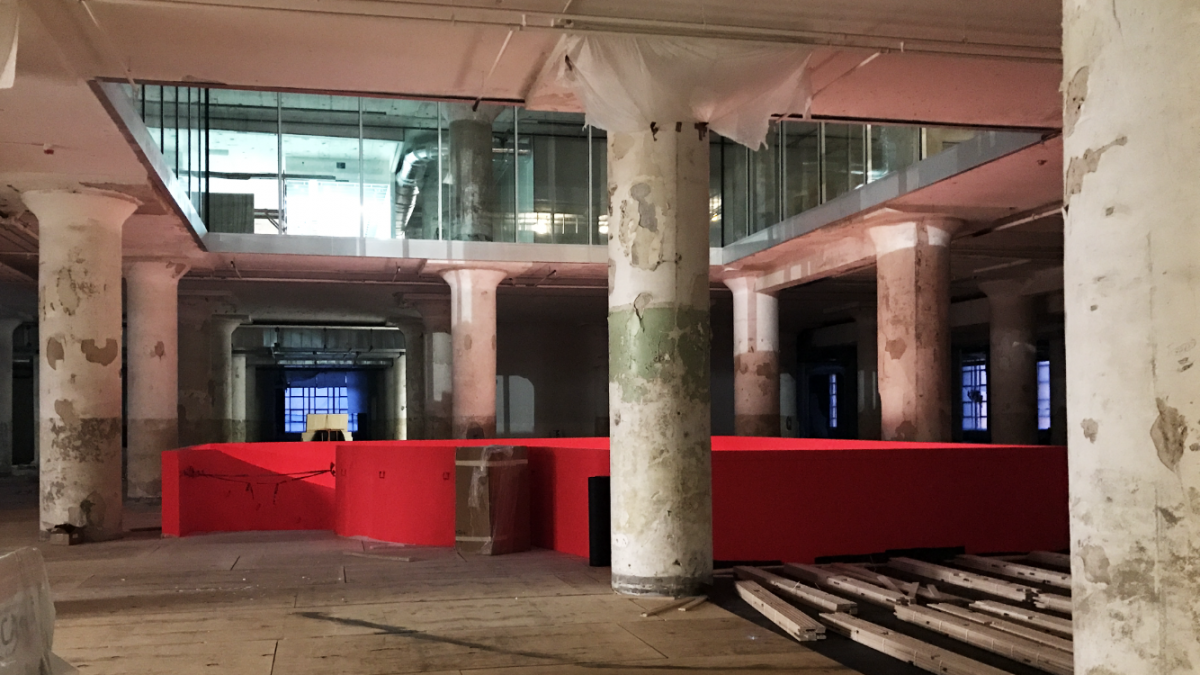