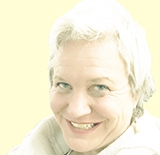 Sarah Cowles describes herself as an artist whose medium is design and subject is landscape.  In practice with Tom Leader Studio, she coordinated design of the US Consulate in Guangzhou, China, and several large-scale redevelopment projects in the San Francisco Bay Area.

Academically, she is Associate Professor of Practice in the School of Architecture at USC. Previously she was Assistant Professor of Landscape Architecture at Knowlton School at The Ohio State University, where she co-organized (with Dorothée Imbert) the 2016 international symposium “THIS IS A TEST” on the role of testing and prototyping in contemporary landscape architecture practice. She has held visiting positions at Washington University and was a Fulbright Scholar at the Tbilisi State Academy of the Arts in the Republic of Georgia. Her research engages dialogue between representation and material processes in the making of landscapes at three nested scales: regional identity, disturbed sites, and the garden. Her exhibitions include The Salt Mountain Disturbance (Artisterium, Tbilisi, 2010) and Elegantly Wasted (MASS MoCA, 2012).

Cowles received her MLA from Harvard University’s GSD and her BFA from the California College of the Arts.