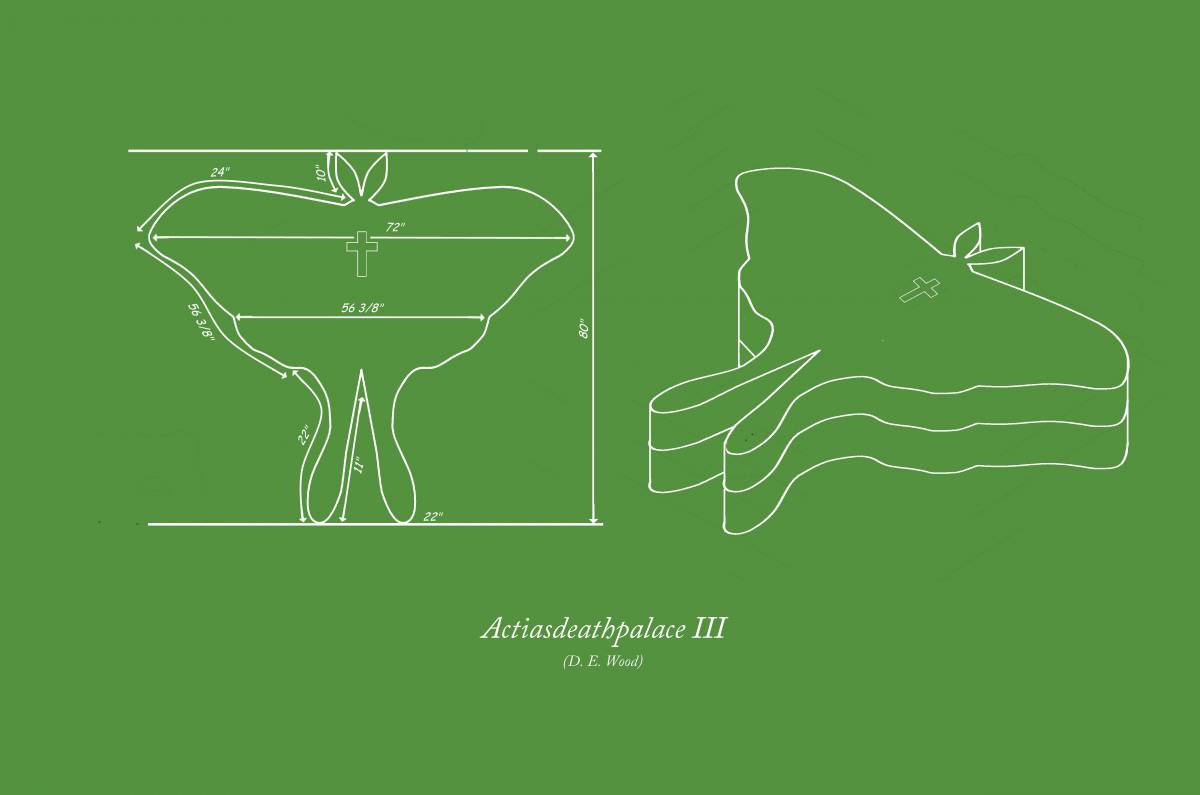 As part of the Institute at WUHO’s summer ‘Open Laboratories’ program, Dorian Wood will perform ‘Actiasdeathpalace III’ on Friday 31st July from 8-11pm.

Peter Culley and Rossen Ventzislavov are curating the event which is billed as follows:

Struck by the presence of three deceased Lunar Moths at the Open Laboratories, Dorian Wood will orchestrate an evening of adoration and transfigurative mourning. Join with us to observe the Ceremonial March of the Moths, the traditional period of Lying in State, and the Saturniidae Grand Aria climax. Befitting of this age-old Hollywood ritual, a second line parade, dark cocktails and an operatic spectacle of the senses are forecast.

About Dorian Wood:
Armed with a vocal charisma that would befit a preacher and an experimental streak that would make avant-gardists swoon” (WNYC Culture), DORIAN WOOD is a wunderkind with a headstrong DIY discipline. He has brought his emotionally-charged performances to concert halls, museums, music venues and performance spaces throughout the US, Mexico and Europe, with a voice that channels the skill and ferocity of such auteurs as Scott Walker, Nina Simone, Nick Cave and Tom Waits. His most recent studio album, Rattle Rattle, is an epic collection of original doomsday-themed songs that form one strong, continuous piece, incorporating over 60 musicians. As a performance artist, his work has been presented at such institutions as the Los Angeles County Museum of Art, REDCAT and UCLA. He also worked with Marina Abramovic in her 2011 piece “An Artist’s Life Manifesto” at the Museum of Contemporary Art in Los Angeles. In 2013, Wood directed the controversial video for his single “La Cara Infinita”, which featured a guest appearance by actor Margaret Cho. He is currently working on a new studio album.

For the summer of 2015, the WUHO Gallery on Hollywood Boulevard is being transformed into an open laboratory. Work on emerging spatial environments will provoke salons, workshops, and performances by residents, rogue scientists, and radical philologists. The Institute is